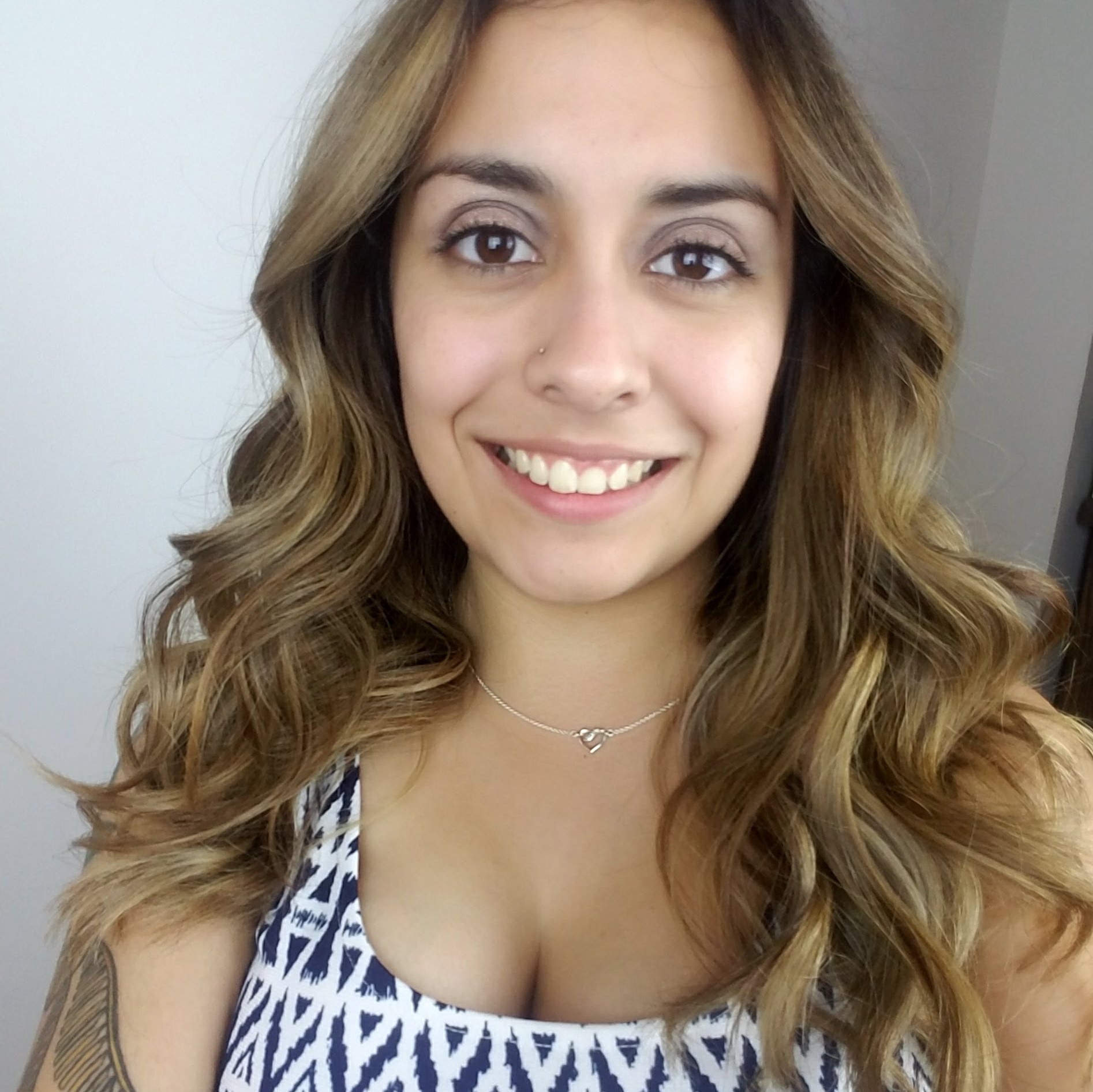 Xochitl grew up in a union household and was influenced by the labor movement at a very young age. Her influence in political work transcended through her involvement at CSU Northridge with the Young Democrats. After graduating with a B.A. in Political Science and a minor in Communications Studies, Xochitl has continued her work with the Democratic Party in different capacities. She worked political campaigns after another since the 2016 elections. She ran the Democratic Party of the San Fernando Valley campaign headquarters in 2018 and led a college student internship program that encourage more students to get involved with campaigns. she currently is working for a non-profit and hopes to pursue a Master's of Arts in Business or Public Administration. 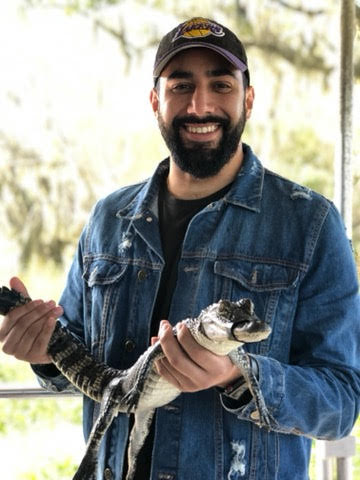 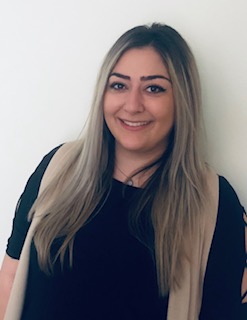 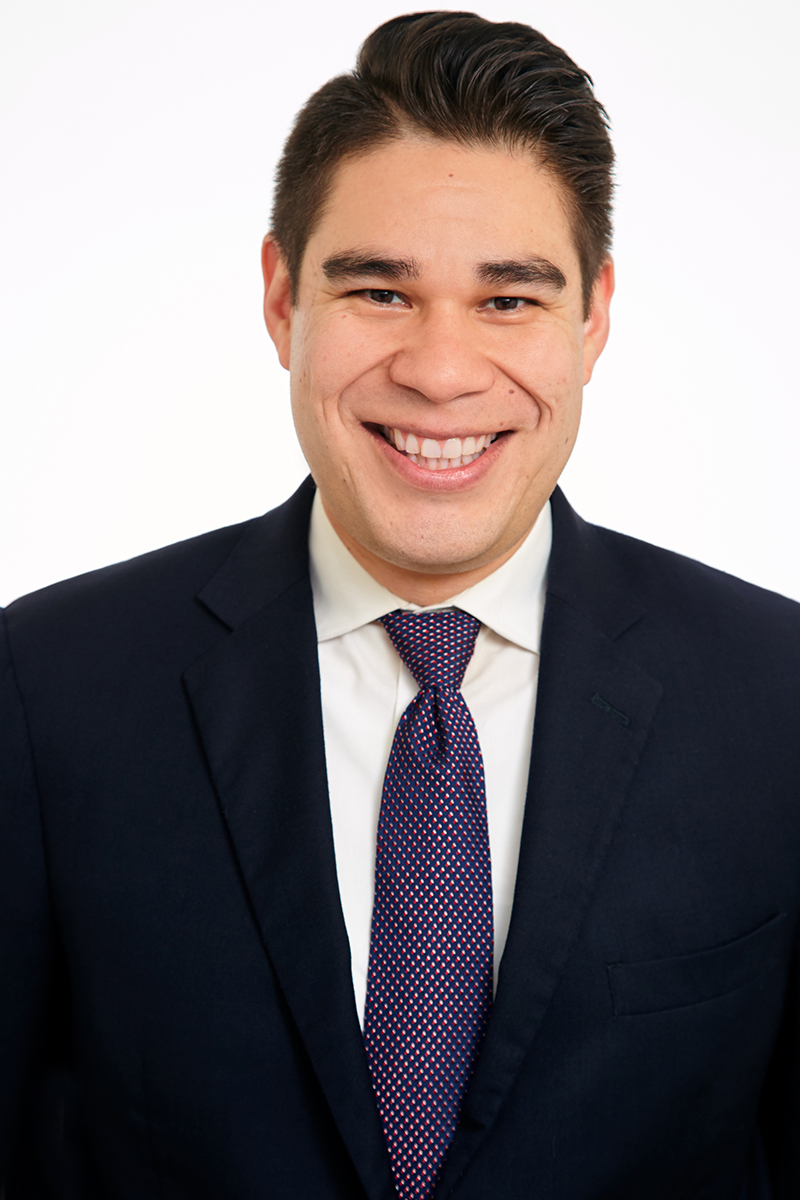 Michael has always been passionate about serving his community, with particular interests in housing and education. Born and raised in North Hollywood in the SFV, it was following graduation from UCLA with a degree in Biology that he began pursuing a career in public policy.

Prior to jumping into policy, organizing, and coalition-building, Michael spent five years working as a fundraiser for non-profits, including UCLA. Always interested in making the transition to policy, Michael complemented his professional experience by remaining active in his community, and joined the North Hollywood North East Neighborhood Council in 2015, serving time as the Treasurer and Chair of the Land Use Committee.

Michael currently works as the Public Policy Organizer for the Southern California Association of Non-Profit Housing (SCANPH), where he organizes and leads the campaign efforts for more affordable housing in the Los Angeles area. In this capacity, he works directly with people who have experienced homelessness to address the housing affordability crisis. He also serves on the LAUSD Commission on Human Relations, Diversity, and Equity, representing District 6 Board Member Kelly Gonez, and is an elected delegate to the Democratic State Central Committee for Assembly District 39. 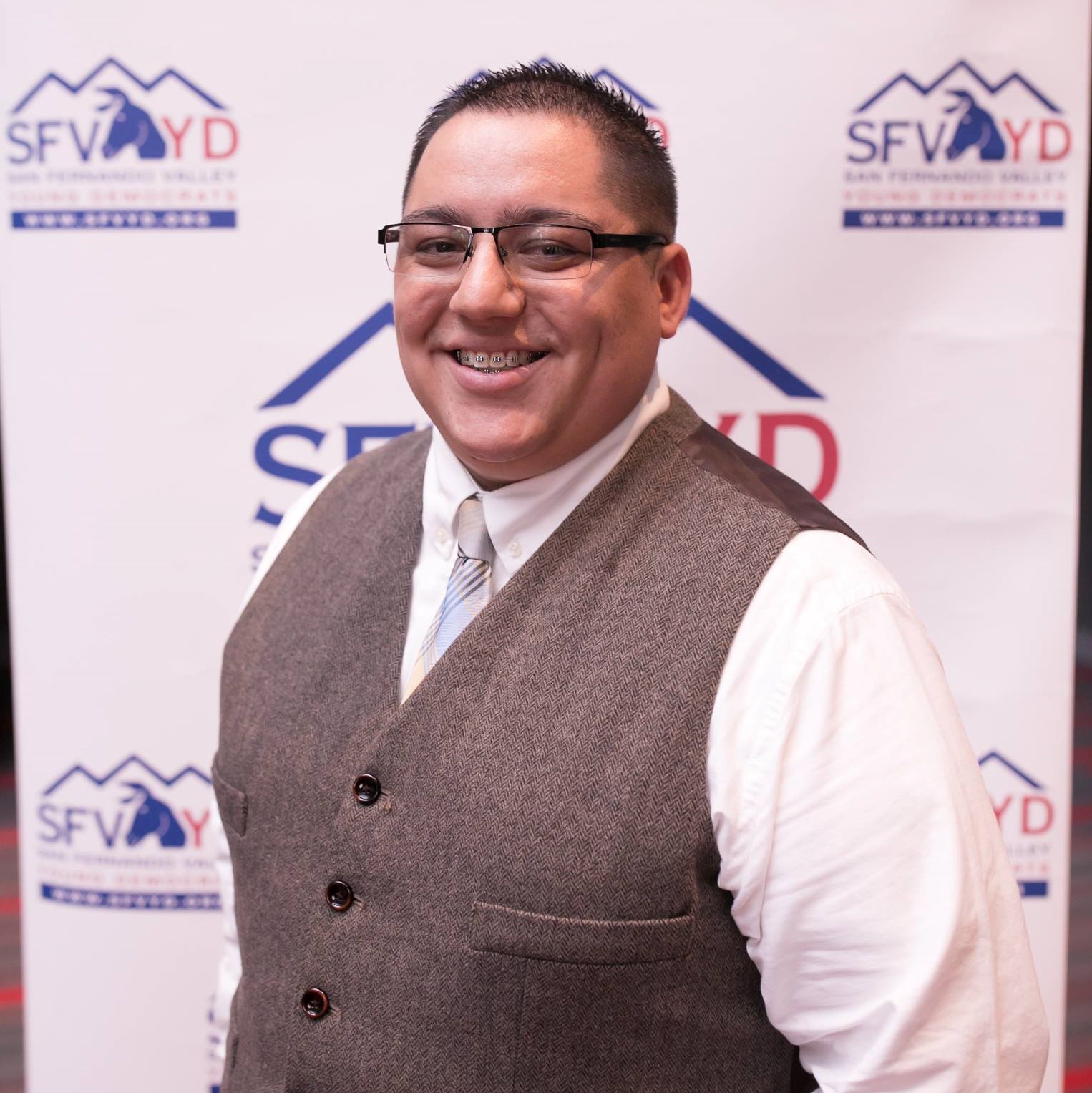 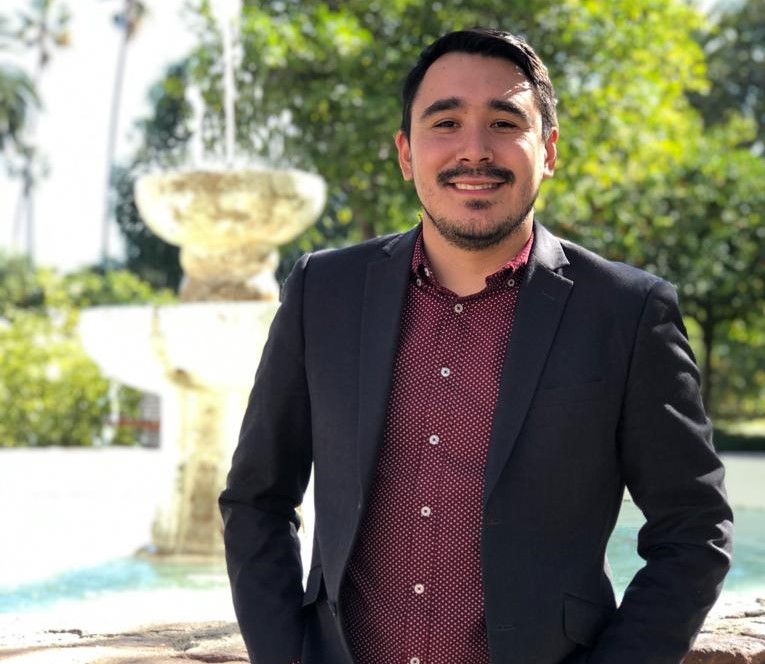 Juan graduated from California State University, Long Beach with a Bachelor Degree in Political Science. At CSULB, Juan served in CSULB's student government as Assistant Secretary of Internal Affairs and a Student Representative to the Long Beach Academic Senate  and was a  member of the Pi Kappa Phi National Fraternity, Theta Sigma chapter. He also served as President for the College of the Canyons Political Science Club.

After graduating, he interned with San Fernando City Mayor Joel Fajardo where he assisted in planning the City of San Fernando’s first LGBTQ forum and contributed to the City recognizing Indigenous People’s Day. Currently, he serves as Area Director for Los Angeles City Councilwoman Monica Rodriguez.
In 2020 and 2019, he was elected as a delegate to the Los Angeles Democratic County Central Committee and the California Democratic State Central Committee representing Assembly District 39th. 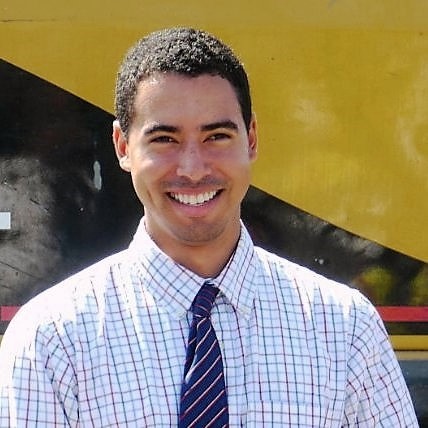 Born and raised in Los Angeles, Andrew is a longtime Democrat who has worked in a variety of progressive Democratic offices and campaigns, including as a Field Organizer for President Obama's re-election campaign, in the Office of Energy and Sustainability of former Los Angeles Mayor Villaraigosa, and with US Senator Dianne Feinstein. Andrew has also worked on several Democratic political campaigns at the local, state, and national level.

Andrew is a graduate of UCLA where he earned his degree in Political Science with an emphasis in American Politics and currently sits on several UCLA Alumni Relations Boards. 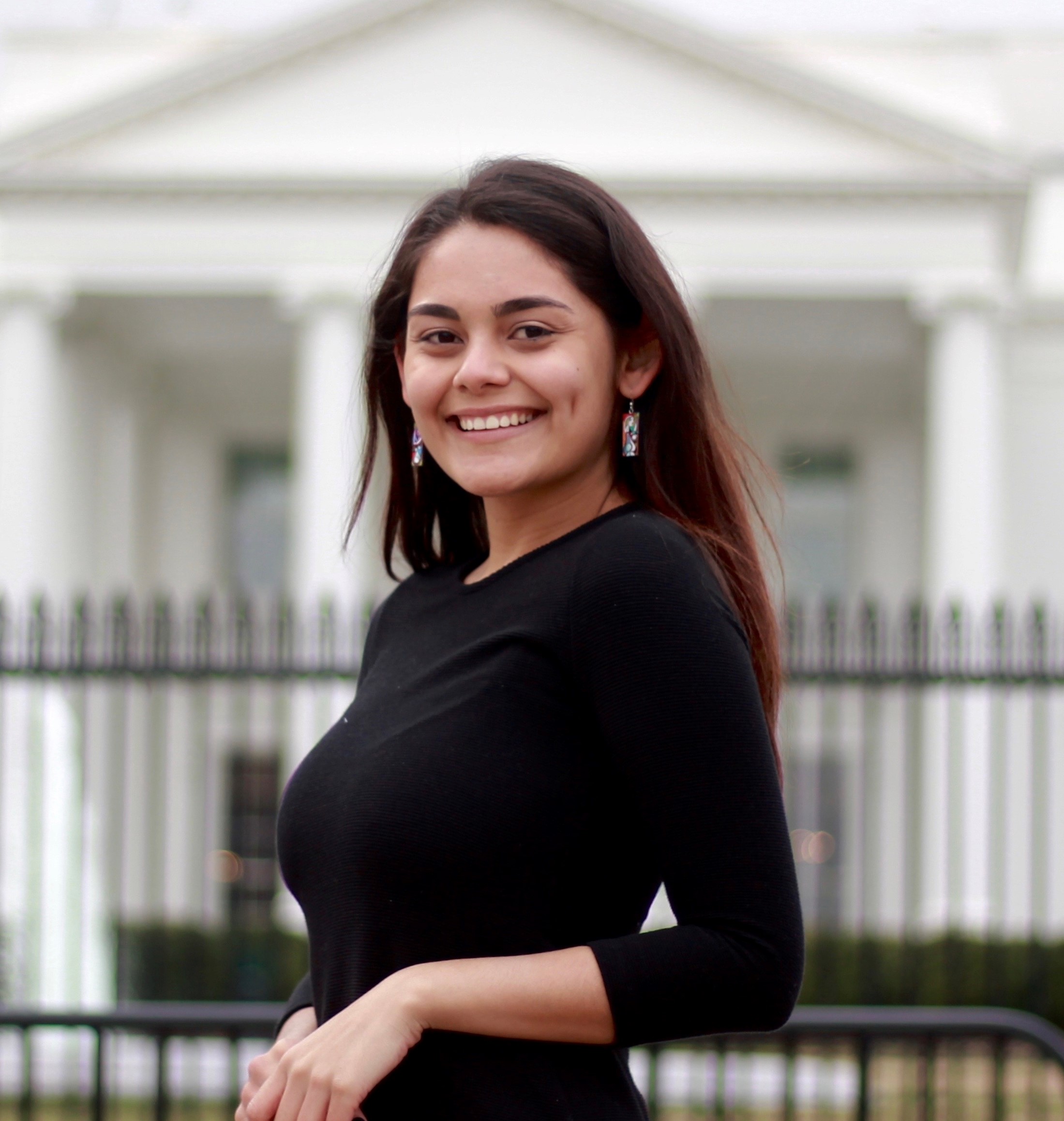 Currently, Xenia is the Public Affairs Specialist for Planned Parenthood Advocacy Project Los Angeles County where she engages in legislative and electoral activity including advocacy, grassroots organizing, and electioneering to work towards ensuring high-quality reproductive health care in LA County. Xenia resides in Sylmar and in her free time you can find her enjoying El Faro Tacos or hiking the Veterans Park Trail in the valley. 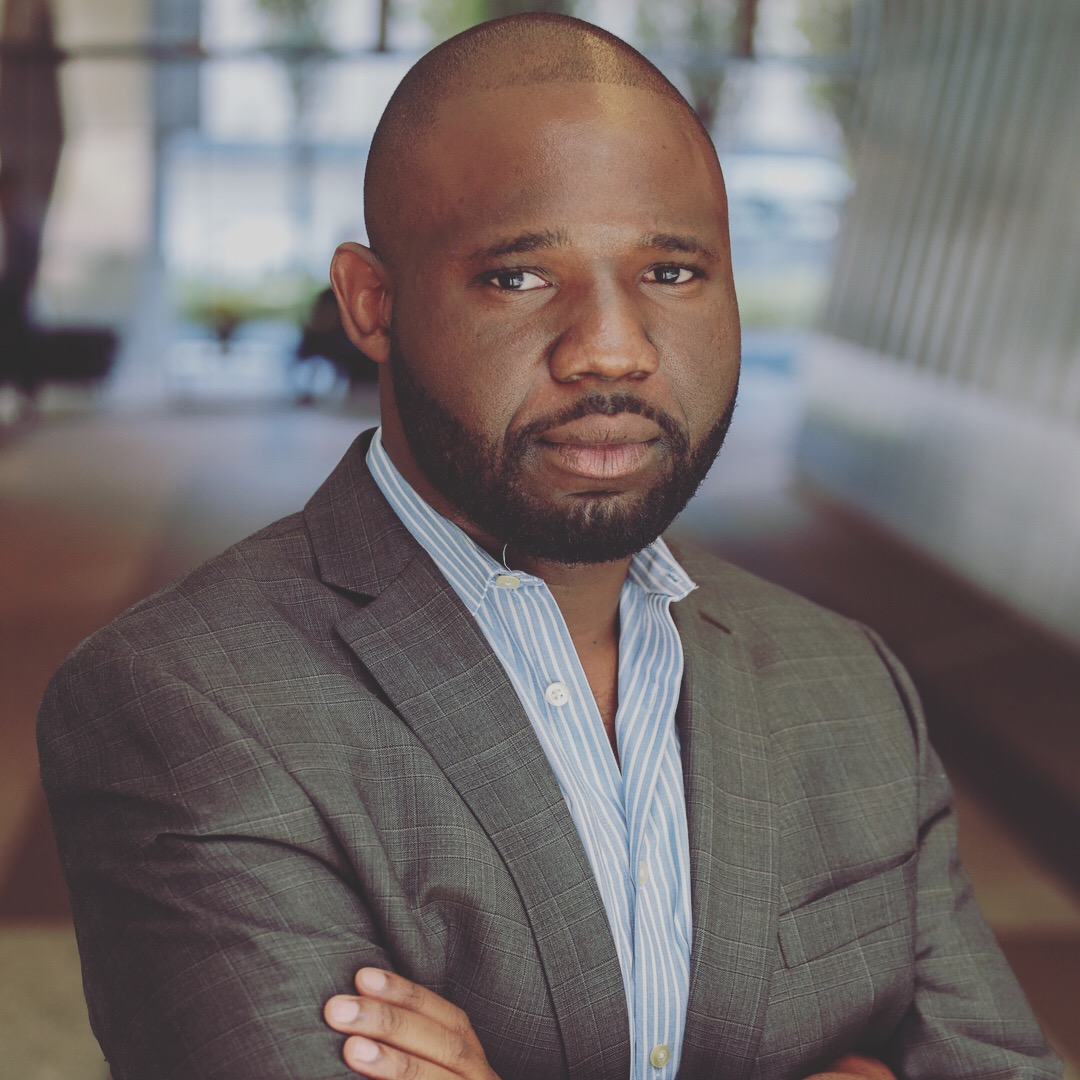 Cameron Onumah spent four years as a senior aide to US Senator Dianne Feinstein; serving as Political Director for Feinstein for Senate 2018 and as a Field Representative in Feinstein’s Senate office covering the Greater Los Angeles region. Cameron was the Senator’s principal liaison to the African American and Faith-Based communities throughout the State of California.

Andrés Molina is a proud graduate of California State University, Los Angeles, with a Bachelors in Public Administration. He is the son of a Carpenter and a Bilingual teacher and the youngest of two children. Currently, Andrés is the Government Relations Representative for a private firm that focuses on improving transportation/infrastructure issues at home and around the world.

Andrés is excited to bring his experiences in the private sector as well as his passions for the community, education, and transportation to the club’s leadership. He is also an active member of Los Angeles County Young Democrats. Finally, Andrés returned to his alma mater last Fall for his Masters in Public Administration. 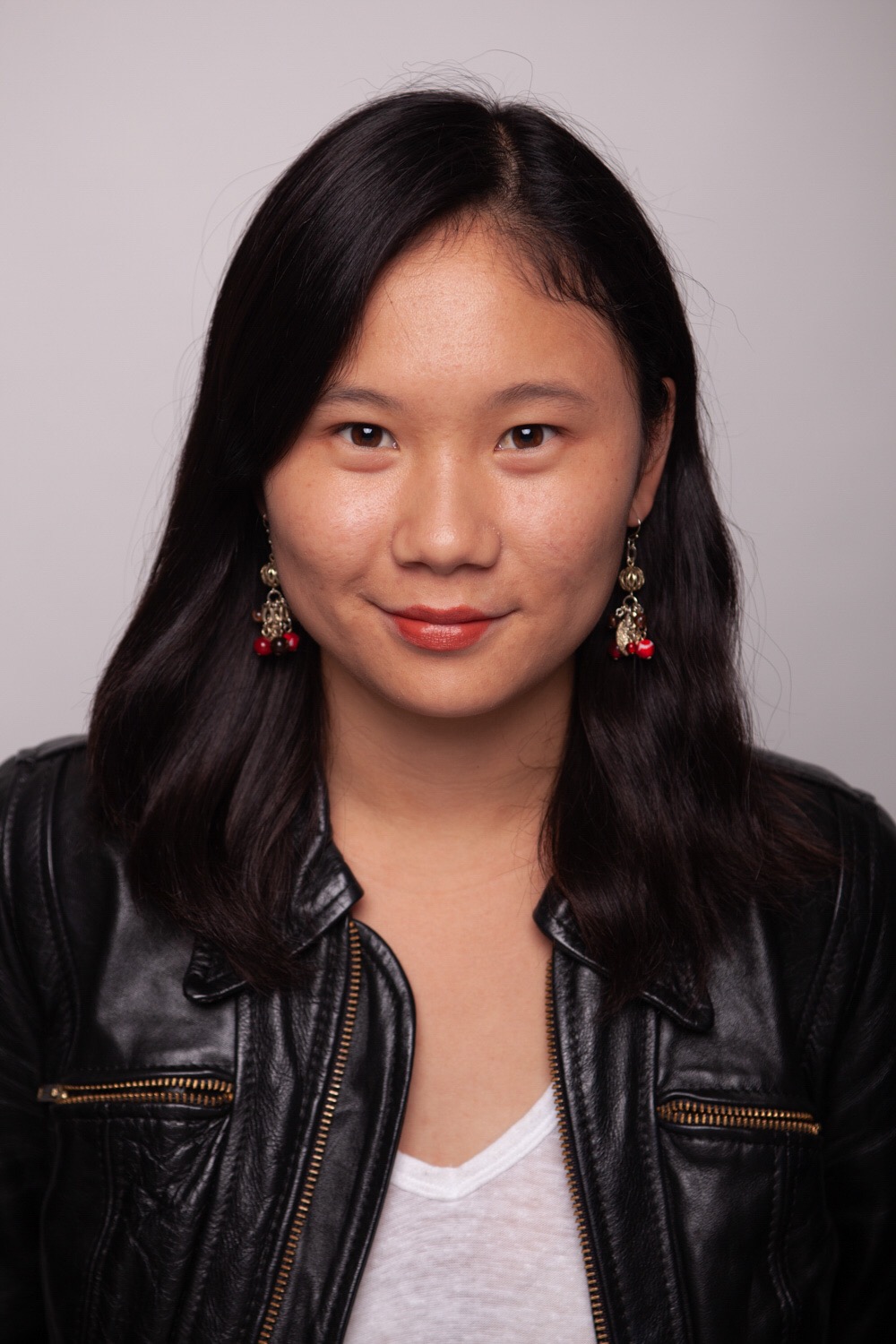 Lacy is a freelance event producer and social impact consultant, leveraging media and entertainment for social change. She is the creator of Ballot Breakers, an interview series featuring young Democrats running for office across the nation. She previously worked for Creative Artists Agency's Foundation department and as an editor-at-large for Huffington Post.

Lacy is a graduate of the University of Pennsylvania, where she studied Art History and Urban Education Policy. She’s currently serving on the Young Entertainment Activists board, the Speaker's Bureau for Rape, Abuse, Incest National Network (RAINN), the Covenant House CA Event Committee, the InsideOUT Writers junior board, and the Fund Her Advisory Board. 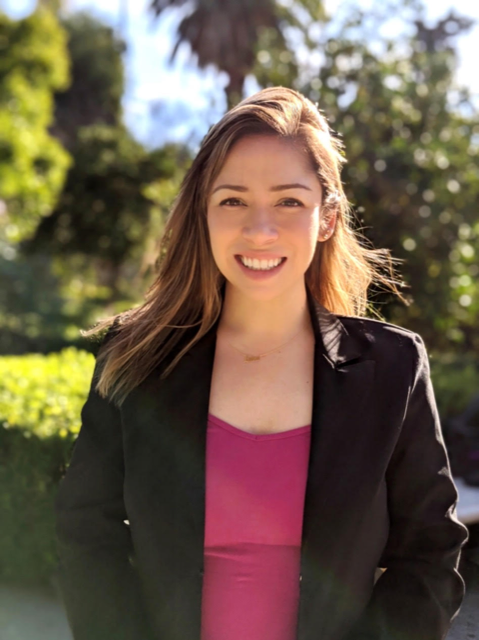 Veronica De Lara was born and raised in the San Fernando Valley. She is currently the Project Director at Pueblo y Salud, where she oversees drug prevention education projects that aims to protect the public health and safety of communities.  Through her involvement in the Cesar Chavez Commemorative Committee of San Fernando Valley, she continues to organize an annual Social Justice March and Youth Leadership Conference to honor civil rights activist Cesar E. Chavez.

Most recently, Veronica was voted in this past primary presidential election as a new member of the Los Angeles County Democratic Party Central Committee of Assembly District 38th, where she advocates and promotes equitable policies related to socioeconomic, health, and environmental justice. She is currently the Co-Chair of the California Alcohol Policy Alliance, a statewide alliance that focuses on protecting the public health and safety of communities.

Veronica is a graduate from The University of California Davis and the California State University of Los Angeles, where she received her master’s degree in public administration. Veronica is passionate about empowering young people and community members to become civically engaged and fight against social, economic, and health disparities. 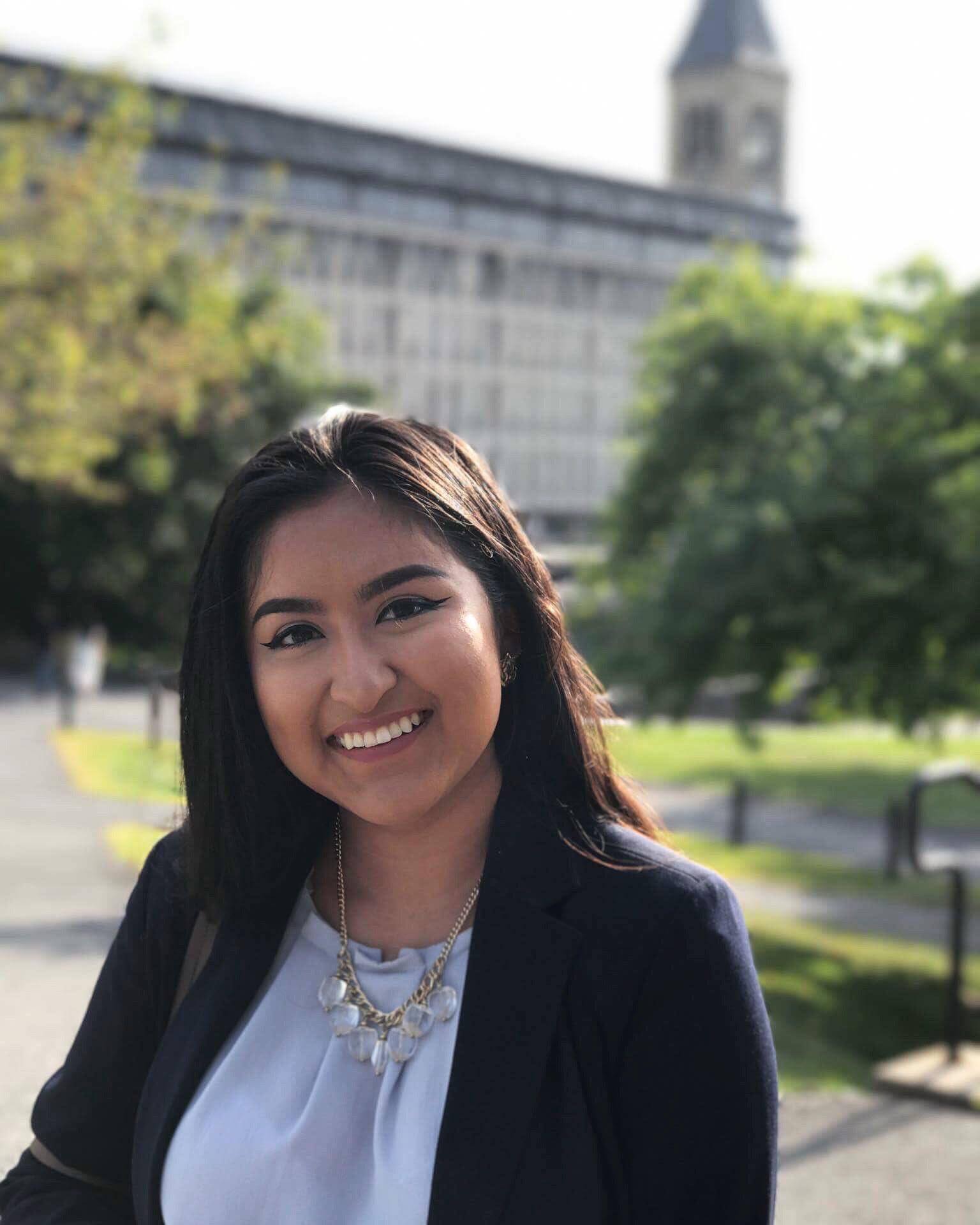 Mayra Valadez was born and raised in the Northeast San Fernando Valley in the community of Pacoima. Mayra studied Industrial and Labor Relations at Cornell University, and following graduation, moved back to her hometown. She is a Field Representative for State Assemblymember Jesse Gabriel, who represents the West SFV.

On-campus she was elected to serve as the Vice President for Diversity & Inclusion on the Student Assembly, and President of the First Generation Student Union. She is passionate about empowering young people to participate in the political process and strive for equity in their communities. 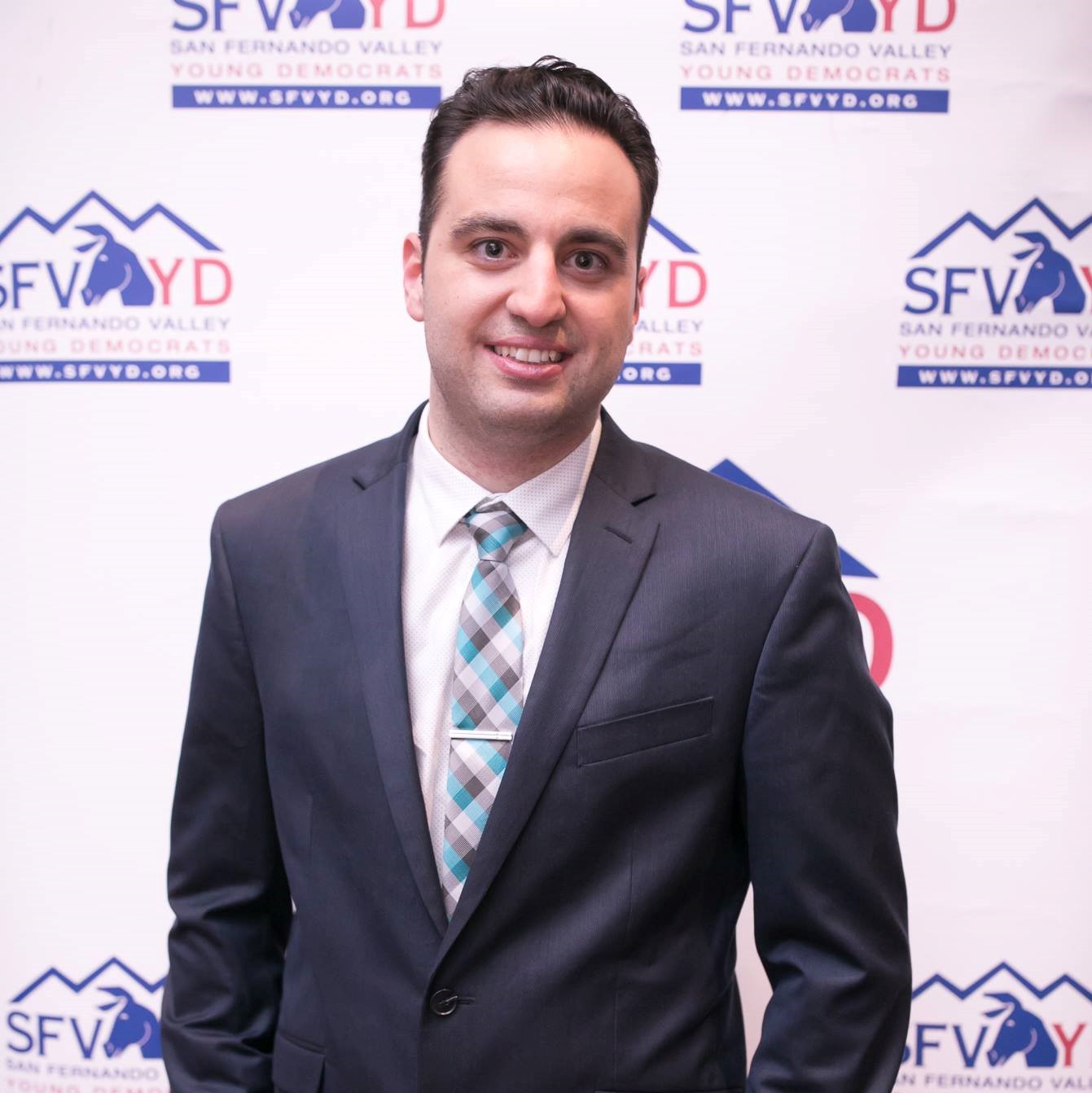 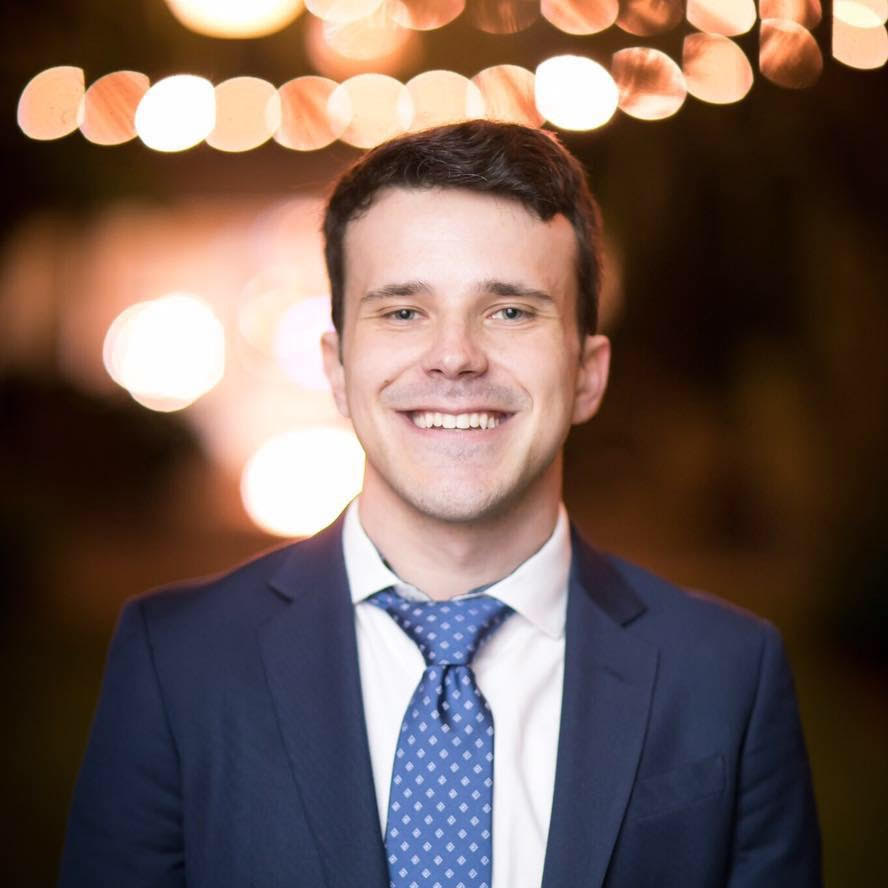 Raised in the San Fernando Valley, Michael earned a B.A. in Political Science from UC San Diego before delving head-first into Los Angeles politics by working for the LA County Democratic Party and volunteering for various local campaigns. He served as Deputy Campaign Manager for Assessor Jeff Prang's successful primary campaign, coordinating operations and outreach throughout LA County. He is also an active member of Stonewall Democratic Club, previously serving on the club's steering committee.

Michael is a graduate of the USC Gould School of Law, where he served as President for his school's American Constitution Society chapter. As a law student, he focused on various intersecting fields of public interest law, including hands-on positions with the Lanterman Special Education Rights Project, UNITE HERE Local 11, and as a California Employment Lawyers Association Employee Justice Fellow. His primary interest in the legal field is in public interest and workers' rights law, including legal aid for victims of wage theft.

Most recently, he served on Senator Elizabeth Warren's 2020 Presidential campaign as a Field Organizer working in the San Fernando Valley and Ventura County.